The diagram shows a hoarding located at the top of a curtain wall with sections cut away. The walls were designed to accomodated hoardings by either having holes through which the main beams or corbels which supported the beams on either side of the wall. The hoarding provided a platform that extended out beyond the wall on which the defenders could stand. Similar to the battlements, hoardings had embrasures, or holes through which the archers could shoot.

Hoardings may have been a permanent fixture or could have just been constructed at times of conflict. 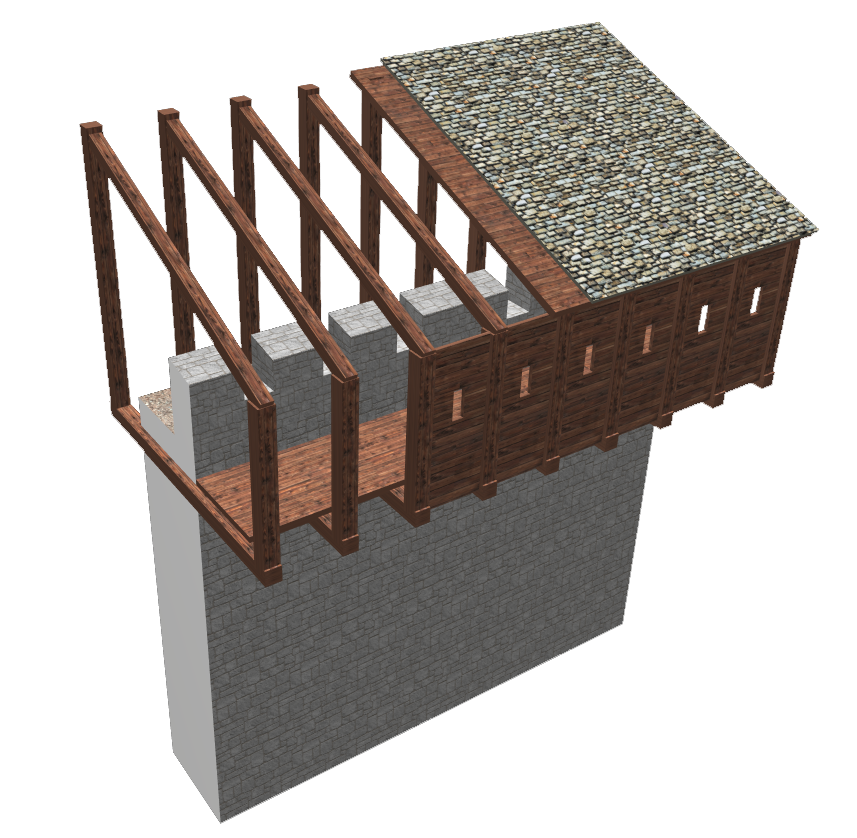