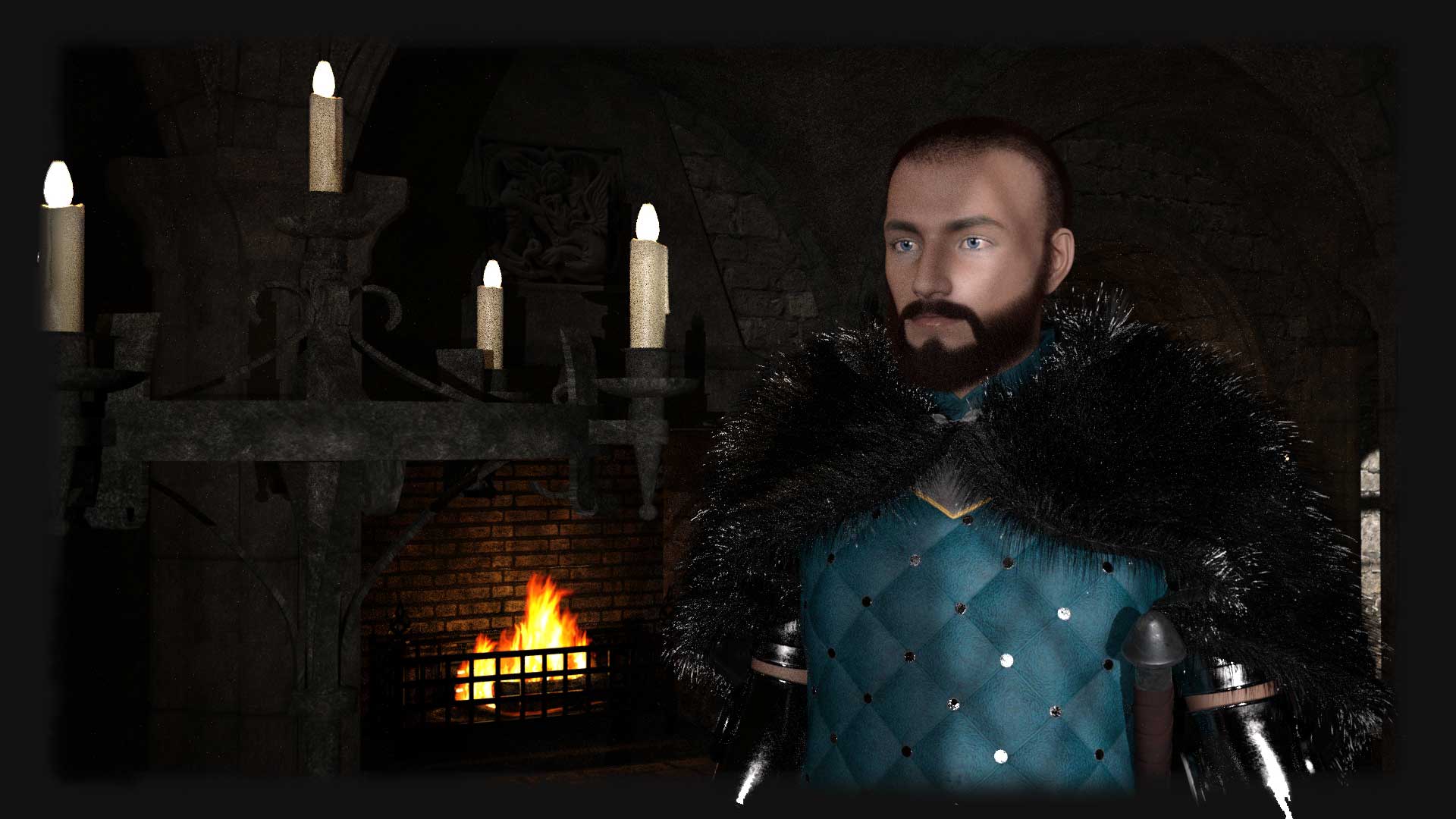 he son of Sir Hugh Despenser (the elder). Hugh the younger was to play an important role at the side of Edward II in military aspects and as an advisor. Initially Hugh has been on the side of the Ordainers who had drawn up Ordinances to limit the king's powers. After the death of Gaveston, Hugh had joined the king's supporters and became increasing close to him. Hugh married Eleanor Clare, the granddaughter of Edward I, and when her brother Gilbert Clare, Earl of Gloucester died, the pair inherited a huge estate. Once in power, Hugh started a process of gaining more and more land, especially in the Welsh Marches. This angered many of the other lords, led by Lancaster, who approached the King to get rid of the Despensers. In August of 1321 the Despensers were banished, but in early 1322 they returned and began their period of total control of the politics of England. In 1326 the reign of the Despensers came to an end with the invasion of England of Queen Isabella, Edward II's wife. Edward II was captured and without his support the Despenser's fragile hold on power was also at an end. Hugh was executed as a traitor.

Hugh Despenser is made Chamberlain

Despenser and the Marcher Lords

Hugh Despenser began obtaining lands in South Wales. He did this by exchanging estates he held in England and by obtaining grants from the king. He even obtained the Isle of Lundy. When the last male heir of the Marcher Lord Braose family died, Despenser was able to obtain the land that the family owned in and around Swansea. This angered the other Marcher Lords as they had customs that allowed land to pass into the hands of one another. The Marcher Lords threatened to start a civil war and it was agreed that a Parliament should be called to settle the matter. It was also agreed that Despenser was to be held in custody by Lancaster until the meeting but Despenser refused.

Thomas, Earl of Lancester held the first of two meetings to gather support of Barons and the clergy to remove the Despensers from power. The second meeting at Sherborn-in-Elmet near York was held on June 28th. ¹

Lancaster put a large amount of pressure on Edward to remove the Despensers from power. The Marcher Lords brought a force to London and threats were made that Edward would be removed from the throne if he did not comply. ¹

The Despensers are banished

Both Despensers were banished from England. Hugh, the elder left without any fuss, but his son, Hugh the younger had different ideas and at first was given refuge by sailors of a Cinque Port and then started a spell of piracy. ¹

The Archbishop of Canterbury had ruled that the banishment of the Despensers was illegal at the end of 1321 and as soon as they heard the news, the Despensers returned to England. ¹

Edward was now back in control of the country and at the Parliament held at York the rebels who had fought against him were punished, many being executed for treason. The Ordinances against Edward were repealed and those who had supported Edward through the bad times were rewarded. The elder Hugh Despenser was made Earl of Winchester. The younger Despenser was given large amounts of land forfeited by the rebels. ¹

In England, King Edward II was persuaded not to go to France by the Despensers. The Despensers were worried that because their position of power in England was precarious, if Edward left the country they could easily lose that power. Instead, it was decided that the King's son Prince Edward, only thirteen years old should go to France and pay homage instead. Before the prince left for France, the King bestowed the title of Count of Ponthieu on his son and the French King gave consent for him to to have Aquitaine as well. On the 12th of September Prince Edward left England and sailed to France. ¹

Prince Edward met Charles IV and paid him homage. The French king gave the Prince the title of Duke of Aquitaine and informed the English King that the French were going to retain the Agenais, an area of southwest France. Prince Edward had effectively been captured and his mother, Isabella the English Queen, had begun the plans of removing her husband from the throne of England. ¹

The King was captured in Wales at the Abbey of Neath. He had hoped to get some support in Wales but that was not to be the case. The Despensers were also captured. Hugh Despenser was given a short trial and executed as a traitor. Edward was taken to Kenilworth castle and imprisoned. ¹