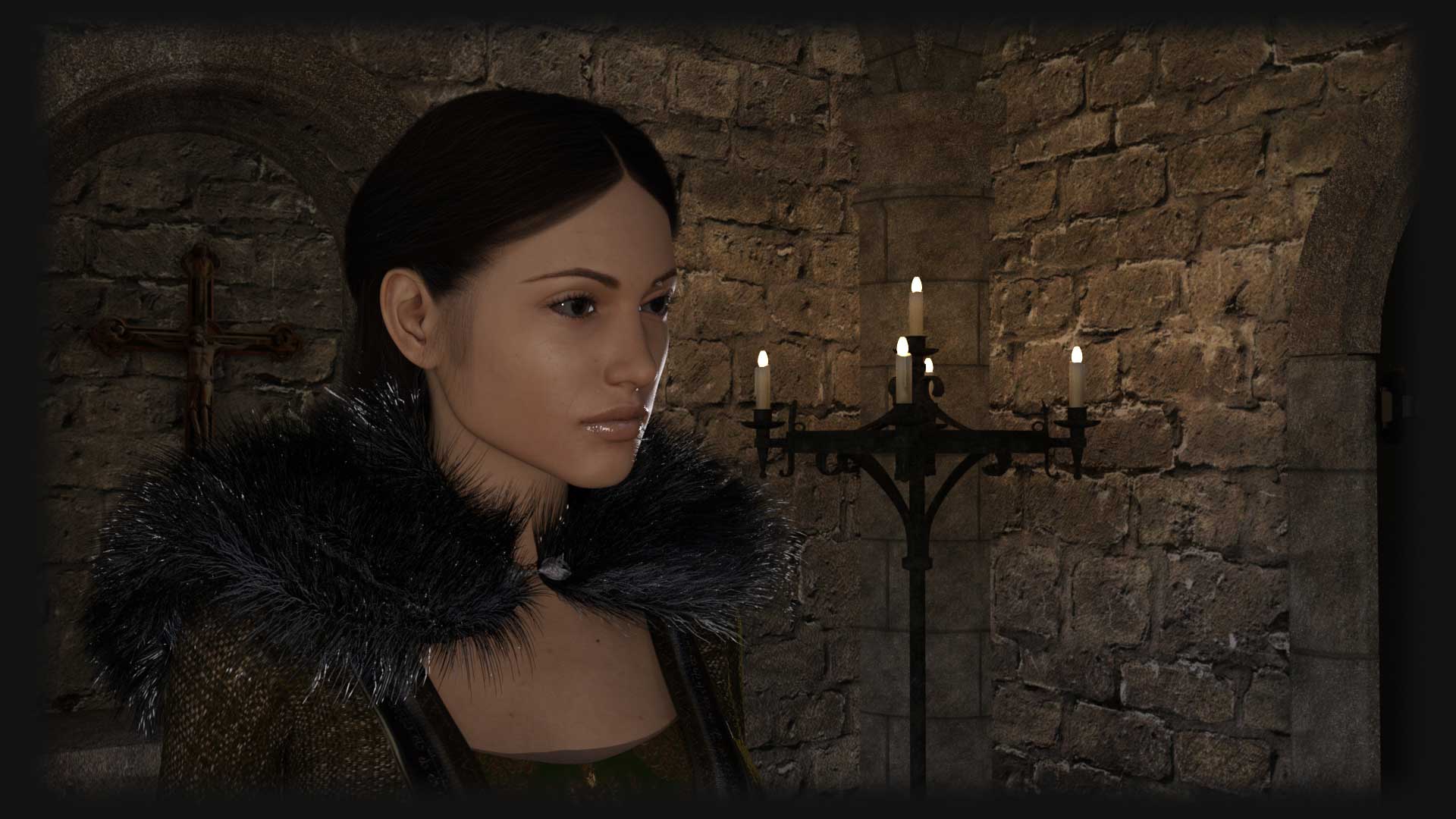 leanor, the daughter of Joan of Ponthieu and Ferdinand III of Castile, married Edward (I) the heir to the English throne. Both Edward and Eleanor were descended from Henry II. Henry was Edward's great-grandfather while Henry was Eleanor's great-great-grandfather. The marriage was arranged by King Henry III after a conflict with Eleanor's brother, Alphonso, who had invaded Guinenne. The English King had the upper hand and Alphonso agreed to a peace treaty. As part of the arrangements, Henry wanted Eleanor to marry his son, the young Prince Edward. It was common for these agreements to be broken because of the young age of those involved, so Alphonso agreed to the marriage, but wanted a ceremony to take place to ensure it happened. Prince Edward, accompanied by his mother, Queen Eleanor of Provence, arrived in Burgos, the capital of Castle, in August of 1254. After a lavish ceremony, a tournament was held where Prince Edward was knighted by his new brother-in-law, Alphonso. The couple were married in the Cistercian convent of Las Huelgas in Burgos at the start of November. After a brief visit to England, Eleanor went to Bordeaux where she was given the education befitting that of a queen. Prince Edward spent time travelling around taking part in tournaments. When the couple returned to England they lived mainly in Windsor Castle where Eleanor had several children, including John, Henry and Eleanor. At this time Edward was dealing with the Welsh ruler Gruffydd ap Llywelyn who had given himself the title of Prince of Wales.

In 1268, Prince Edward took the Cross and prepared to go to the Holy Land. Against advice from members of the court, Eleanor decided to travel with her husband. They were supposed to have been joined by the French King Louis IX but he died from dysentery when an outbreak of disease broke out at the Crusders' camp at Carthage. While in Acre Eleanor gave birth to a daughter who was named Joan of Acre. But messengers arrived with bad news that both of their young sons, John and Henry, had died. The third messenger arrived with the news that King Henry III had died and that Edward had been chosen as the new King of England. Before travelling back to England, Eleanor gave birth to a son and named him Alphonso after he brother.

Edward and Eleanor arrived back in England in 1274 to a warm welcome. But trouble in Wales saw them both travelling again. At Caernarvon Castle a son was born and named Edward. The Welsh accepted the child as the Prince of Wales and peace followed. With the death of Alphonso, Edward became heir to the English throne.

Scotland and the Maid of Norway

In 1286 the Scottish king Alexander III died. He had no male heir and next in line for the Scottish throne was Alexander's grand-daughter Margaret, the Maid of Norway. Edward had arranged that his son Edward (II) was to marry Margaret and so unite the English and Scottish nations. Unfortunately Margaret died on the voyage to Scotland from her home in Norway. This left the Scottish throne vacant and the Scottish succession in dispute.

Towards the end of 1290 Eleanor became ill and she died on November 28th. Travelling with her husband in the damp and cold of the late Autumn in the north of England may have contributed to her death. She died at Harby, a short distance from Lincoln and the problem of how to transport her body back to Westminster quickly and in an appropriate manor had to be overcome. It took a couple of weeks for her body to be returned to London and at each location that the coffin rested overnight a cross was erected. These are now known as the Eleanor Crosses and some still exist.

Katherine (Daughter of Edward I)

John (Son of Edward I)

Henry (Son of Edward I)

Eleanor (Daughter of Edward I) 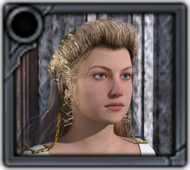 Alfonso (Son of Edward I)

Mary (Daughter of Edward I)

At the age of fifteen Prince Edward traveled from Portsmouth with his mother and the Archbishop of Canterbury to marry Eleanor of Castile the half-sister of the King Alfonso X of Castile. Both Edward were Eleanor are descended from Henry II. They arrived in Burgos, the capital of Castile, in August where the marriage was due to take place.

Prince Edward married Eleanor of Castile in the Cistercian convent of Las Huelgas in Burgos.

Edward and Eleanor return to England

After the marriage at a Cistercian convent in Castile, Edward and Eleanor returned via Dover to England. Eleanor lived initially at Windsor Castle.

Edward and his wife returned to England

Prince Edward, his wife Eleanor, his cousin Henry (son of the King of the Romans) and many knights left for the Holy Land to join the Eighth Crsuade.

Edward and his wife Eleanor of Castile laid the foundation stone of the Cistercian Abbey of Vale Royal in Cheshire.

King Edward had called for the feudal army to gather at Rhuddlan in August to put down the Welsh revolt. Edward and Eleanor's daughter Elizabeth was born at Rhuddlan at this time.

Death of Alfonso at Windsor

At the time of his death, Alfonso was heir to the English throne as he was the eldest surviving son of King Edward I and Eleanor of Castile, but at the age of just ten at Windsor Castle he died. This left his four month-old younger brother, Edward, as heir.

Edward and Eleanor return to England after a three year visit to their foreign domains.

Eleanor of Castile, the wife of Edward I died while travelling in the North with the King. Eleanor had been suffering with illness for some time and the cold and damp of the Winter months probably aggravated her condition.

As Edward travelled with the body of his wife Eleanor from Harby near Lincoln where the Queen died to Westminster a series of crosses were later erected at each location that the body rested over night. These are known as the 'Eleanor Crosses'