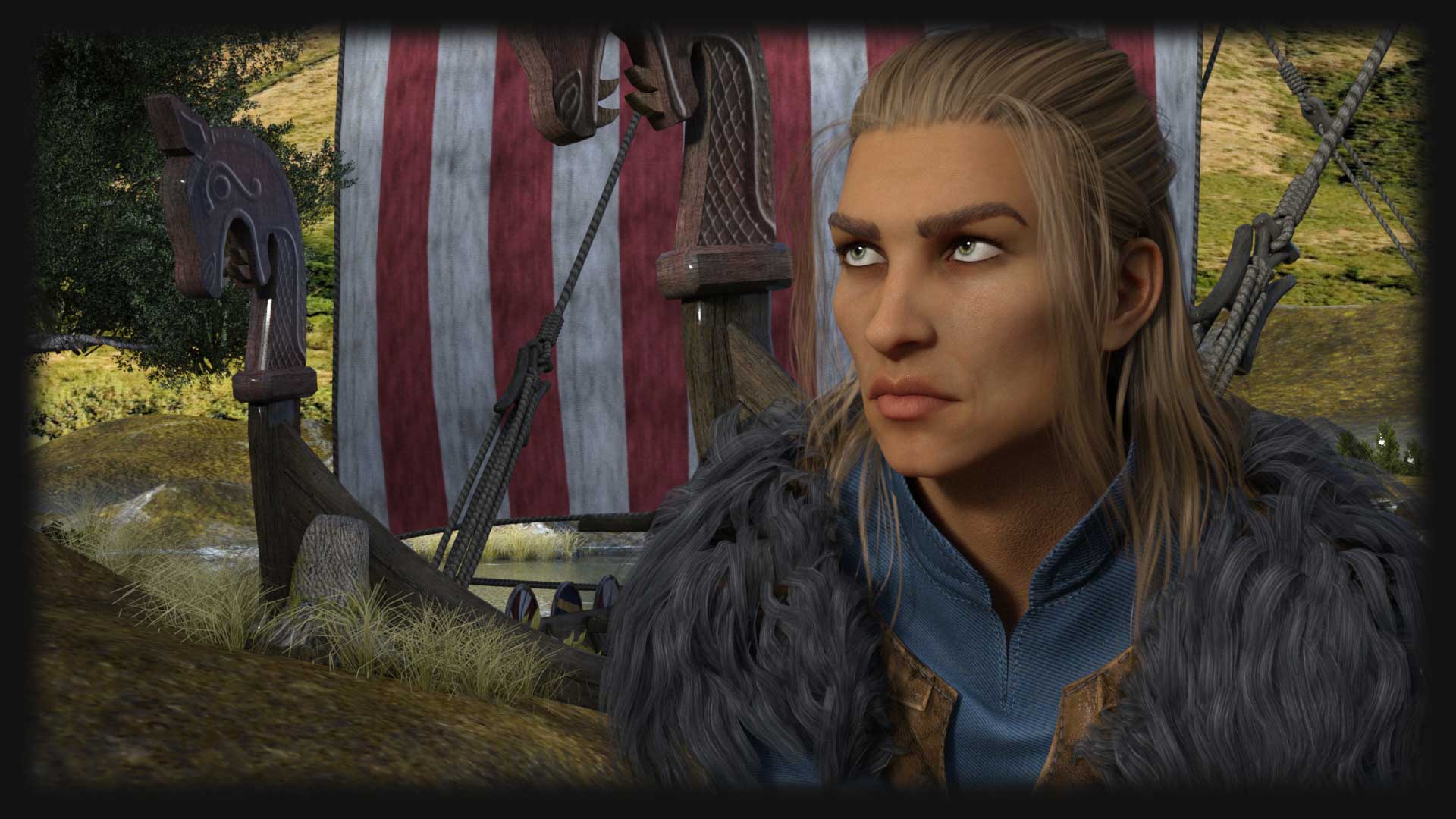 alfdan was one of the leaders of the 'Great Army' of Vikings that landed in England in 865/6. The army attacked Northumbria and captured the city of York. The Anglo-Saxons tried to retake the city in 867 but was unsuccessful. The Vikings then moved into East Anglia and Wessex. At the end of 870 the Vikings captured and spent the winter at Reading and in 871 defeated Alfred in battle at Wilton. A revolt in Northumbria forced the army back to York where their puppet ruler Ebgert had been removed. A new ruler called Ricsige was appointed.

In 875 the Great Army divided. Guthrum took his half into East Anglia while Halfdan moved north into Scotland and attacked the Picts. The Danes made a short foray into Ireland and at Dublin the ruler there was killed. But the Danes returned quickly to York. In 877 Halfdan was back in Dublin but was killed in battle.

The Danes invade Northumbria and York

The Danes led by the sons of Ragnar Lodbrok, Ivar the boneless and Halfdan, attacked Northumbria and York. They wanted revenge for the death of their father who had been killed by Aella, the King of Northumbria. (Aella could have been an Irish Prince.) The Danes destroyed many churches and monasteries including Whitby Abbey. The monasteries remained ruined for two hundred years.

Ivar 'the Boneless', the king of Dublin died. He was succeeded by his brother Halfdan.

In 867 the Danes had installed a puppet ruler in Northumbria called Egbert. In 872 the Northumbrians rebelled and expelled Egbert. The Viking army moved north from Wessex and put down the revolt. They installed a new ruler called Ricsige.

Danes move against the north.

Led by Halfdan the Danes moved north to attack the Picts and the area of Strathclyde. The Danes divided Northumbria taking York for themselves and creating the area known as Danelaw. A second Danish King called Guthrum took his army back south to Cambridge where he prepared plans to attack Wessex.