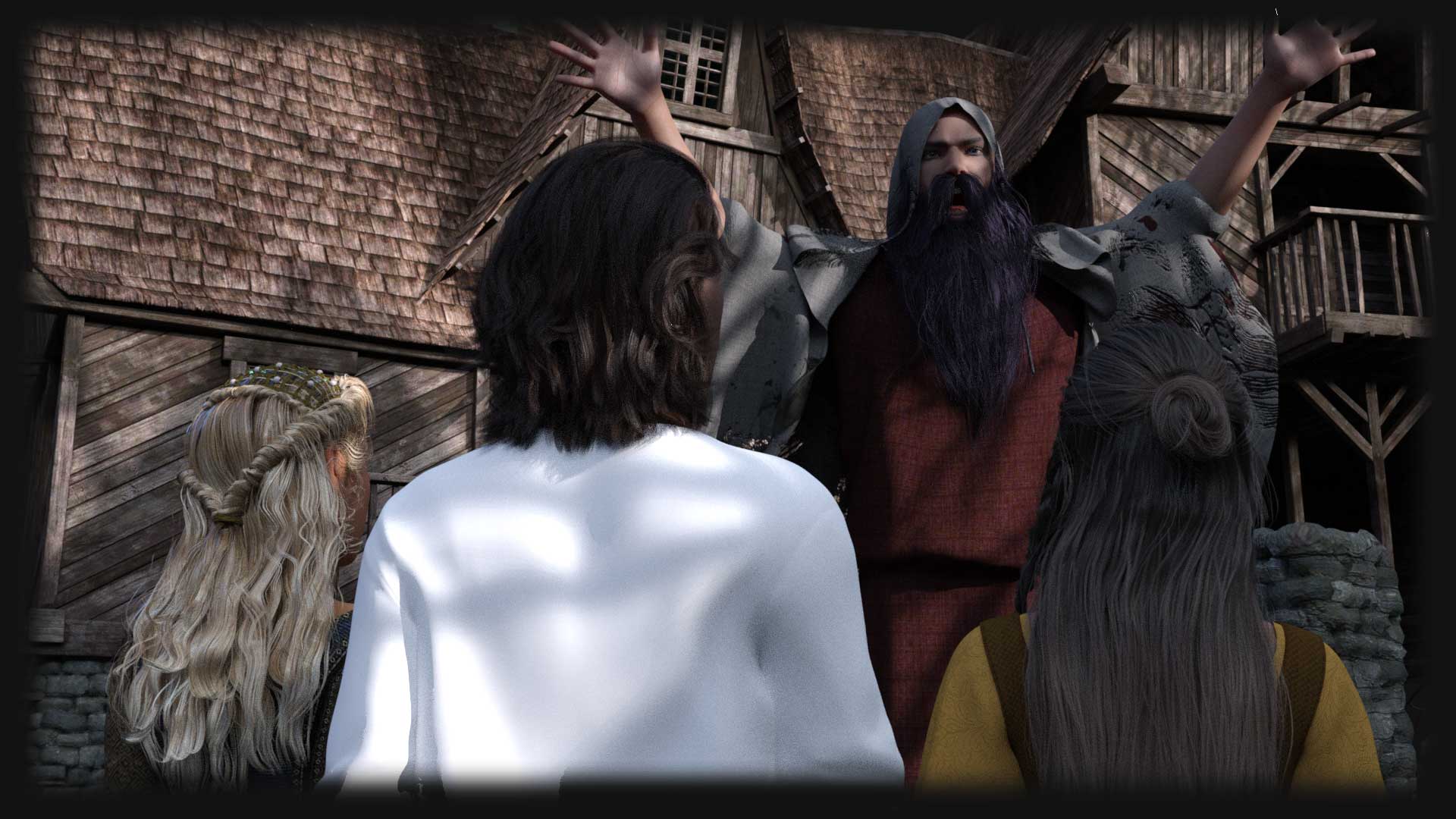 ollowing Pope Urban's speech at Clermont, Peter the Hermit, a simple man with a powerful ability to move people by his words, started his own Crusade. His army of followers were eager to go to Jerusalem with promises of absolution and freedom from a life of hunger and deprivation.

The army's journey across land was not without its problems, due to the huge number of people travelling at the same time. Nearing Byzantine, the army was attacked by professional soldiers after a dispute and almost a quarter of Peter's men were killed. At Constantinople, the Emperor Alexius welcomed the army, but soon ordered them to move on due to their lack of discipline and repeated attacks and thefts from surrounding villages. Alexius warned Peter to wait for better trained troops to arrive before attacking the Turks, but was ignored.

The army camped at Cibotos where it was decided to wait for the Turks to attack. But a group led by Geoffrey Burel, tired of waiting spurred the army into action and went in search of the Turks instead. The undisciplined army soon fell into an ambush and turned an ran. The Turks had the advantage and chased the Crusaders back to their camp killing many of them. A couple of thousand managed to escape back to a castle near the sea-shore, where after a brief siege were rescued by Alexius' warships once he had received news of their disaster. Peter's Crusade was over.

Peter the Hermit's (or People's) Crusade

Following Pope Urban's speech at Clermont Peter the Hermit, a simple man with a powerful ability to move people by his words, started preaching for Christians to help their fellow Christians in the East. He started to gain a large number of followers eager to go to Jerusalem with promises of absolution and freedom from a life of hunger and depravation. His followers were poor, not prepared for the journey and not armed.

Peter the Hermit preaches in Cologne

On Holy Saturday, the 12th of April, Peter the Hermit arrived in Cologne and preached to the Germans for a Crusade. He was eager for some nobility to join his ranks as so far he had only attracted peasants including women and children. The French part of his army was led by Walter Sans Avoir. Walter was not wiliing to wait in Cologne and with a number of crusaders left to travel on to Hungary.

Peter the Hermit's army of ordinary people was large and it needed feeding. One of the more noble members of the army was Walter Sans Avoir, also known as Walter the Penniless. When the army reached Cologne in April Peter decided to halt the army to take advantage of the good supply of food. Walter was impatient and with a small section of the army continued on. They passed through Hungary but at the town of Semlin a dispute broke out when some of his men stole food. When his men were refused food at Belgrade because the harvest had not yet been gathered Walter's army began pillaging the surrounding area. Finally Alexius Comnenus sent supplies and an escort to guard the Crusaders as they marched to Constantinople. The guard ensured that the Crusaders didn't cause any more trouble.

At Constantinople the Emperor Alexius welcomed Peter's army but there were too many people and no provision had been made for them. There was a general lack of discipline that resulted in repeated attacks and thefts from surrounding villages. Alexius warned Peter to wait for better trained troops to arrive before moving on but the pressure of the army was so great on Constantinople that they were forced to move before help could arrive.