he son of Henry I, King of France, Philippe became king at the age of seven or eight and, because he was too young to rule, was overseen by regent Baldwin the Count of Flanders one of Philippe's uncles. Philippe's first wife was Bertha, daughter of the Count of Holland. They had several children including a boy, Louis, who would become the next king of France. But Philippe fell in love with Bertrada de Montfort and stated that his marriage to Bertha was invalid. This angered the Church and Philippe was excommunicated. This excluded him from taking part in the First Crusade. 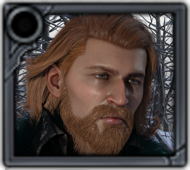 Henry, King of France, dies to be followed by Philippe

Henry I King of France died. His son, Philippe, became King although he was only eight years old. France was administered by Baldwin one of Philippe's uncles.

Louis VI, the Fat, became king of France, upon the death of his father Philippe I. ¹