hilippe Augustus, nicknamed because he was born in August, came to the throne after the death of his father Louis VII in 1180. He took the throne on 18th of September of 1180 at the age of just fourteen. At the age to twenty-five Philippe joined Richard I, the King of England, in the Holy Land during the Third Crusade. 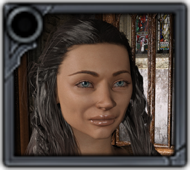 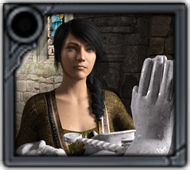 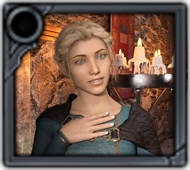 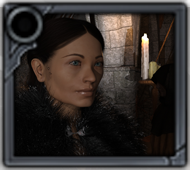 The future king of France was born. ¹

Following the Capetian tradition of the French Kings, King Louis VII of France had his eldest son Philip crowned at Rheims Cathedral. Philip then became joint ruler of France. ¹

A non-aggression treaty signed between Philippe Augustus and Henry II. ¹

Philippe II, Augustus succeeds to the French throne after the death of his father. ¹

Signed by Philippe Augustus to ensure his authority over his vassals. ¹

To avoid war with Philippe Augustus, after Philippe had taken Issousun, Henry II signed a peace treaty at Chateauroux. ¹

The conflicts between England and France started once again with Henry II attacking French lands and Philippe II attacking English lands in Normandy. ¹

Richard does homage to Philippe of France

Unhappy that King Henry would give the throne of England to John, Richard sided with Philippe Augustus of France.

Richard, joined forces with the French King to attack his own father. ¹

Henry submits to Philippe of France

King Richard I of England and King Philippe II, Augustus of France, met at Vézelay and agreed to divide the spoils of the Crusade equally between themselves. They planned to take different routes, Richard via Marseilles and Philippe via Genoa. Richard had around 100 ships at his disposal, several of which were from the Cinque Ports, others from Shoreham and Southampton and more donated by private persons. Other ships were hired from ports in Normandy. Richard could have had a force of around 8000 men half of which could have had horses. ¹

The people of Messina, supporting Tancred, shut the gates on Richard and attacked his soldiers. In the harbour French ships turned against Richard as the friendship between Richard and Philippe had broken down because Philippe believed Richard was about to refuse to go through with his marriage to Alais, Philippe's half-sister. This was true as Richard had arranged a marriage to Berengaria of Navarre who was travelling to meet him. Richard's men stormed Messina and captured the town. Richard was lenient on the people of Messina and decided to build a fort overlooking the town. Tancred agreed to pay the money owed, freed Joan from prison and paid Richard a large amount of gold. Friendly relations were restored between Richard and Philippe when Richard agreed to split the gold with the French king. ¹

Richard and Philippe stayed in Sicily over the winter months waiting for the weather to improve before continuing their journeys to the Holy Land. ¹

The King of France set sail for the Holy Land a few days before Richard. ¹

Philippe Augustus landed in Acre in an attempt to remove Guy of Lusignan as the King of Jerusalem, and replace him with Conrad of Montferrat. ¹

On his return from imprisonment, Richard declares war on Philippe Augustus and defeats him at Fretevel. All the French archives were destroyed in the battle which were being transported in a wagon behind the army. ¹

William the Lion of Scotland was eager to support John's claim to the throne of England in exchange for ownership of the northern territories of England iincluding Northumberland and Cumberland. John had promised to honour these demands while back in Normandy as long as the Scottish King kept the peace until he arrived. Through mediation the threat of conflict between England and Scotland was put aside. This allowed John to concentrate his efforts against France where King Philip was causing problems.

King John, along with many nobles, knights and soldiers, left England from Shoreham and sailed to Normandy. Within a few days John and Philip agreed a short peace treaty to last until the middle of August. ¹

At le Goulet on the River Seine, Philippe II of France signed a peace treaty with King John providing two years of peace. The agreement recognised John as overlord of most of the English owned lands in France, but John had to give Philippe the lands of Norman Vexin and Evreux and a large sum of money. ¹

Even though Philippe was hearing complaints from the Lusignans about John's treatment towards them, he was not willing to go against John at this time and entertained him in Paris. ¹

Philippe sides with the Lusignans

John charged the Lusignans with treason. The Lusignans went to Philippe for help and Philippe demanded to see John in Paris and for John to surrender several castles in good faith.

John fails to attend a summons to Philippe's court

Failing to attend the court of Philippe II, John was declared to be a rebel and to have forfeited the areas of Aquitaine, Poitou and Anjou. Philippe tried to mediate in the problems between John and the Lusignans but was ignored by John. The lands were given to Arthur of Brittany. Philippe kept Normandy for himself. ¹

King John lost the support of his allies after the capture of Mirabeau Castle and the cruel treatment imposed on the prisoners. The most important of these were William des Roches, the French knight who commanded Anjou, and Aimery de Thouars. They both defected to Philippe, the French King's side.

With even more defections to the French, King John lost his control over Anjou.

King John abandoned the lands that had been held by the Dukes of Normandy for over a hundred years and returned to England. Only two castles held out against Philip Augustus, they were Chinon, controlled by Hubert de Burgh and Loches, defended by Girard d'Athee. ¹

After losing Normandy to the French, John sent an embassy to France to negotiate with Philippe. In the party that went from England were Hubert Walter and William Marshal. The negotiations failed due to Philippe's demands. ¹

Normandy is taken by Philippe

Philippe II, King of France won control of Rouen, the capital of Normandy and Normandy itself. John still had control of Aquitaine. ¹

Philippe II of France held a meeting in Normandy to discuss invading England. This forced King John to abandon his own plans of invading Normandy as he could not risk moving his army abroad when the French were about to attack. The planned French invasion never materialised. ¹

More castles fall to the French

The castles at Chinon and Loches both fell to the French as Philippe strengthened his position. Again William Marshall travelled to see Philippe to agree peace terms, but his attempts were destroyed by Hubert Walter who sent a secret letter to Philippe telling him not to accept William Marshal's promise that John would do homage to Philippe. (What's going on here?) ¹

After Philippe failed to invade England the year earlier, John took to opportunity to land an army at La Rochelle to defend his interests in Aquitaine which was his from his inheritance from Eleanor of Aquitaine, John's mother. John moved his army north and took back some of the lands he had lost to Philippe. ¹

Philippe and John reach a truce

A two year truce is agreed between the Kings of England and France.  ¹

Because King John had been excommunicated by the Pope the French king, Philippe, had the right to invade England and remove John from the throne. Philippe wanted to put his son Louis in John's place. Plans were put forward at the Council of Soissons in early April. The Count of Flanders refused to join the Crusade againt the English so the French king had to overrun his country to ensure France was safe from attack if the invasion of England took place. ¹

John's conflict with Philippe of France started again with John's departure from Portsmouth. With him sailed his wife and second son, Richard. He also took a large amount of treasure. ¹

English forces under the control of Emperor Otto IV were defeated by Philip II of France.

After a disastrous campaign by the English this peace treaty signed by King John of England and Philippe Augustus of France ceded huge amounts of territory including Anjou, Poitou and Brittany held by the English to the French King.

Colchester Castle occupied by the French

An invasion force from France under direction of Philippe II, the king of France captured Colchester Castle. Their objective was to help the cause of the Baron's against king John.

Louis VIII became king of France, upon the death of his father Philippe Augustus. ¹