dward Woodville (Details supplied by Dorothy Davies) was one of the many sons of Richard and Jaquetta Woodville, courtier, sailor and chivalric knight. He was made Knight of the Bath by Edward IV in 1475, and raised to Knight bannerette by Richard Duke of Gloucester in 1482, after the Border campaigns. Henry VII made him a Knight of the Garter in 1487. Edward Woodville hardly appears in history, apart from the recording of his knighthood, before 1483, and the death of Edward IV. He is recorded as accompanying the corpse on the funeral procession which indicates he had a fairly high standing in court.

Almost immediately after the funeral he set to sea with a fleet of twenty ships, in part to block French mercenaries from taking advantage of the king's death and in part to block any moves made by Richard Duke of Gloucester, as Lord Protector, to take any part of the royal jewels. However, Richard of Gloucester sent emissaries into the ships to promise pardon and reward for any who would return to the 'right side' and Edward found himself with just two ships. He fled to Brittany with other exiles who were unsure of their fate in light of the new regime. He returned to England in 1485 with Henry Tudor, whom he had met whilst in exile.

He fought against Richard III at Bosworth and was rewarded with the Captaincy of the Isle of Wight, not quite the title his brother Anthony Woodville had held but sufficient to give him overall command of the Island. In 1486 he sailed to Spain with 300 men, to join in the fight against the Moors, who were at that time holding Granada. He spent some time with Ferdinand and Isabella and when the fighting was over, he returned to England and helped negotiate the marriage of Catherine of Aragon with Henry VII's oldest son, Arthur, Prince of Wales.

In 1488 trouble flared in Brittany and, despite not receiving royal approval or permission, Sir Edward raised an army of 440 men from the Isle of Wight and set off for France in May of that year. In July 1488, at St Aubin, battle was joined between the force commanded by Sir Edward, a group of Bretons who had joined his company and the French. The Bretons apparently abandoned the fight and the French soldiers killed Sir Edward and all his men, apart from one. This poor young man had the task of returning to the Island with the sad tale of the many losses.

It is fitting that the brave soldier died on the battlefield, for he had fought at Barnet, in the Border campaigns and in Granada. He was not a knight who would have died in his bed. 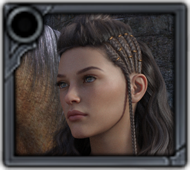 The battle of St. Aubin was fought between the French and an army commanded by Sir Edward Woodville, consisting of a group of Bretons who had joined his company. The Bretons apparently abandoned the fight and the French soldiers killed Sir Edward and all his men, apart from one.