urst Castle is located on a thin piece of land that extends from the south coast of Hampshire into the Solent towards the Isle of Wight. The castle can be visited either via boat or by walking along the narrow shingle spit of land that connects it to the mainland. Henry VIII built the castle here in the early 1540s as part of his plans to defend the south coast of England from attack by the French. Henry's castle consisted of a twelve sided tower with three semi-circular bastions or gun platforms. Like all of Henry's gun-forts, Hurst castle was not designed to be lived in. It was designed only to house large guns that could fire out over the water and protect England's south coast.

During the English Civil War the castle was held by Parlianmentarian forces and in 1648 it was the prison of King Charles I for a short time before he was moved to Westminster.

Because of its strategic location the castle has been put to use since the medieval period. In the latter part of the nineteenth century the castle was greatly extended and was used during World War II to guard against invasion from Europe. 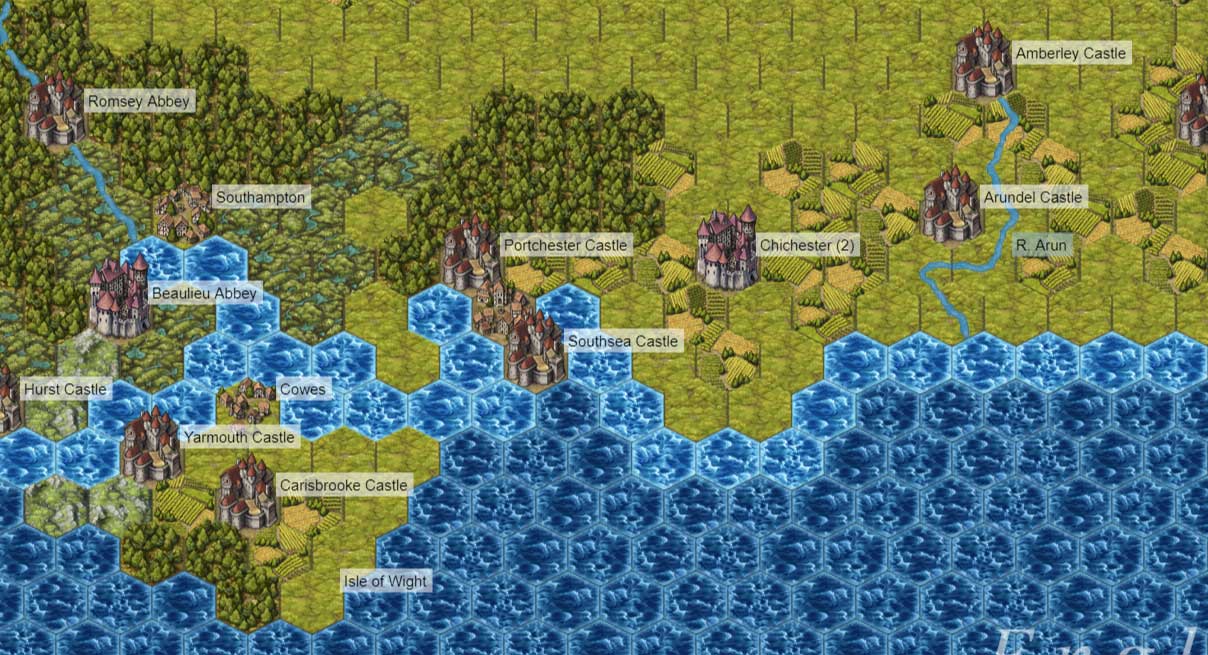 Henry VIII built Hurst Castle, another of his chain of gun-fort castles on the south coast of England designed to defend England from a French invasion. The castle was built on a spit of land stretching out into the Solent.