estormel Castle is located in Cornwall a mile to the north of Lostwithiel. A motte and bailey castle with a roughly rectangular bailey was built at Restormel in around 1100 by the Norman Baldwin Fitz Turstin. Restormel castle has an excellent example of a shell-keep. A shell-keep is a circular construction built usually on top of the motte with the buildings arranged around the inside. The height of the remains of the shell-keep at Restormel are still to the battlements in places. The concentric inner wall formed the two-storey accommodation between it and the outer wall and enclosed a circular courtyard. The ground floor was used for store rooms and the upper floor was used for living chambers and the great hall. on the eastern side of the sheel-keep and extending out into the ditch around the motte is the chapel block. On the western side is the gate house. This would have had a drawbridge for protection.

The castle passed first to the Cardinham family and eventually became part of the Duchy of Cornwall. Very little appears to have happened at Restormel, but it was garrisoned by Parliamentary troops during the English Civil War and captured by Sir Richard Grenville in 1644.

An imaginative plan of the Restormel Castle shell-keep 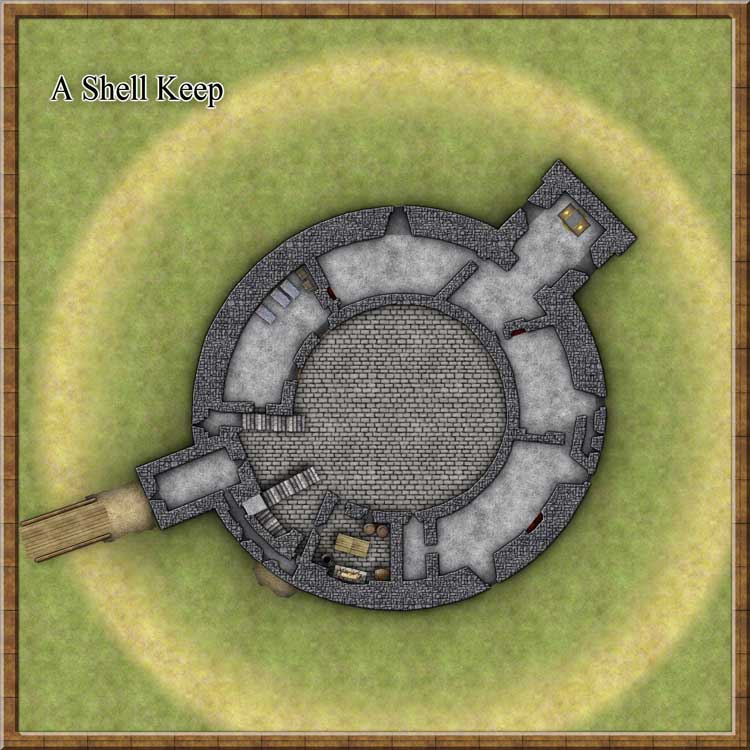 Alternatively view a simplified 3D model of a Shell Keep

In around 1100 a castle was built at Restormel by the Norman Baldwin Fitz Turstin.