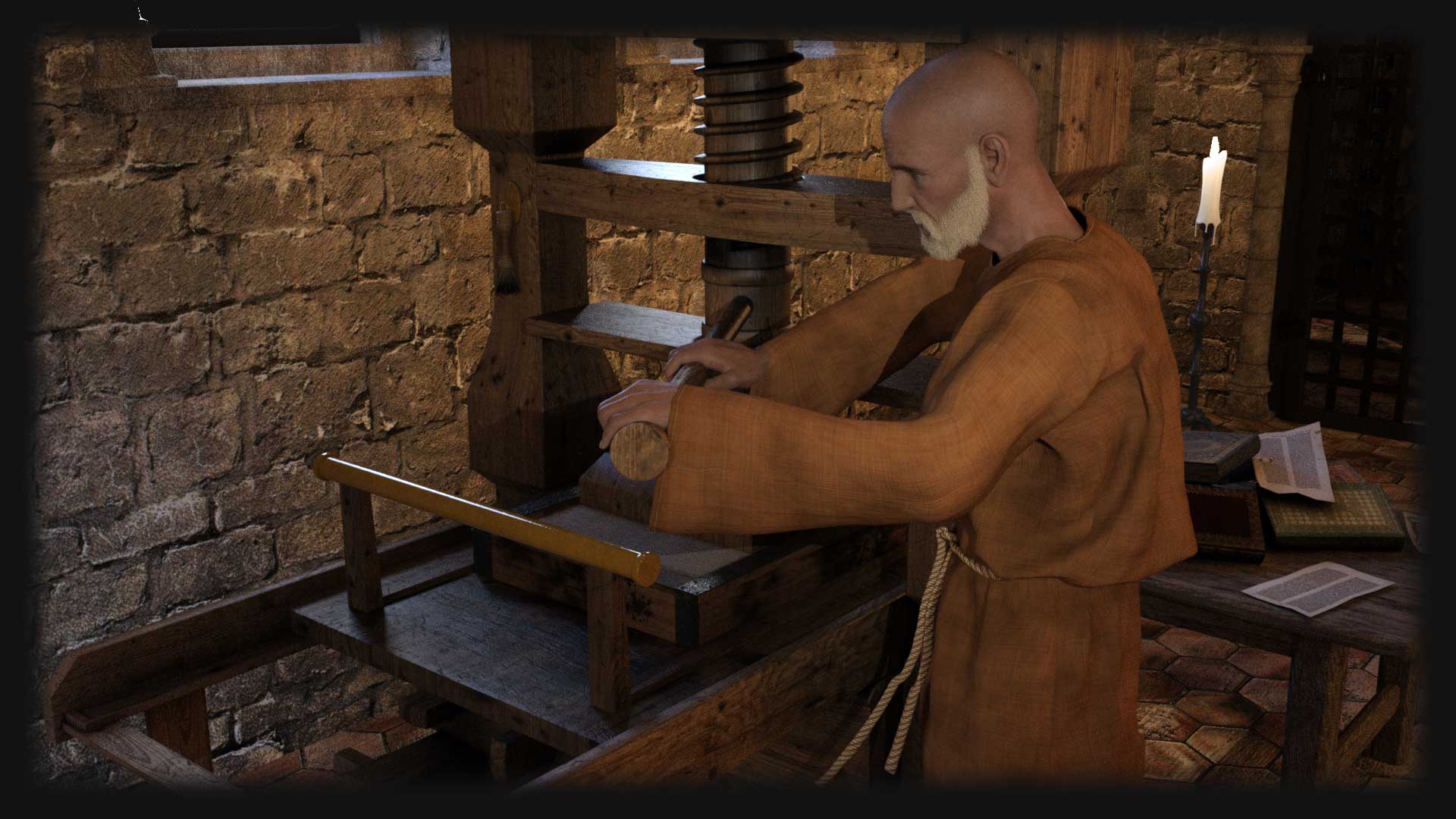 illiam Caxton printed the first book in England in 1477. Medieval books before the invention of printing involved each copy being written by hand. This was a slow process and potentially each book had minor differences and errors. Because of this, medieval books were rare and expensive to produce. The process of printing was invented in Germany by Johann Gutenburg who first printed a series of Bibles, known as the Gutenburg Bibles in around 1455. The breakthough was the use of small moveable metal letters that could be rearranged time and again to produce the words on the pages. Caxton was a businessman and saw the potential of selling printed books when he saw the new technology on his trading journeys in Germany. In Bruges he set up his own printing press where he gained knowledge of the printing process and soon afterwards came back to England and set up a press near Westminster. The books he published were European works of romance and history, some in French, that he translated into English himself or with the help of others.

Recuyell of the Historyes of Troye was the first book William Caxton published in Englsih. A translation of a French romance. He was in Bruges at the time where he was learning the process of printing.

William Caxton published the first illustrated book in England. The Myrrour of the World was an encyclopedia and was a translation of an earlier work by Vinvent of Beauvais.