Episodes
Episodes
Please note that the TimeRef website is currently being redesigned.

This is how the Romans saw Britain and Ireland in A.D. 150.

The Early Middle Ages are defined as the period in European history between the 6th and 10th centuries (c. 500-1000). This is the period that followed the decline of the Roman Empire. The period is also known as the Dark Ages.

(410) The Saxons were a tribe of Germanic people who originally came from the area of current northern Germany. They invaded Britain during the time of Roman occupation.

(787-1042) Viking invasions started in around 790 AD when the monastery at Lindisfarne was attacked. Over the next two hundred years the Vikings repeated invaded the British Isles.

The High Middle Ages are defined as the period in European history between the 11th and 13th centuries (c. 1001-1300). The period is noted for its large increase in population and a move from rural to urban living. The Vikings had ended their invasions and they had settled in Britain, France and other parts of Europe. Learning increased with the foundation of several universities.

Edward the Confessor and Earl Godwine

Reasons for the Norman Invasion

(1053-1066) When Edward the Confessor died on January 4th 1066 he did not have a son or daughter to become the new King or Queen of England. Discover the three claimants who fought to take the throne.

(1066) William the conqueror was only one of three claimants to the English throne. Discover the events leading up to him becoming the ruler of England.

Test your knowledge on the Norman Invasion

(1066-1086) When William the Conqueror became King of England on Christmas Day 1066 his fight to control England had just begun. For the remainder of his reign he had to put down revolts and reorganise the way in which the country was run.
The Motte and Bailey Castle

The Norman Conquerors built their castles where they could keep control of the local populations or at important locations such as river crossings or on key roads. The advantage of this type of castle was that it was quick to construct. Making a fortification from wood was much easier than making one of stone.

Rapid construction allowed the Normans to keep control of the local populations.

Background to the Crusades

A brief explanation of the events concerning the Crusades.

People's Crusade and the First Crusade

(1096-1099) Brief descriptions of the ealy Crusaders and the events surrounding their attempts to retake the city of Jerusalem.

(1148) In 1148 the county of Edessa, a Crusader state, was captured by Zengi, the ruler of Mosul. This triggered the Second Crusade.

(1190-1191) When the Christian Army of Jerusalem was beaten by Turkish forces at the Battle of Hattin, the Archbishop of Tyre was dispatched to Europe to inform the Pope and European leaders of the disaster that had taken place and to ask for help.

Stephen's succession to the throne

(1135) The epsiode is concerned with the events the led up to the Civil War between King Stephen and Matilda, the daughter of Henry I.

The Civil War between Stephen and Matilda (The Anarchy)

(1139-1154) The events concerning the Civil War between King Stephen and Matilda over the English throne.

The Conquest of Ireland

(1166-1171) A Norman invasion of Ireland occurred when Dermot, King of Leinster in Ireland, was exiled and asked King Henry II for help to regain his lands.

(1162-1174) The events concerning the conflict between King Henry II and the Archbishop of Canterbury that led to his death.

(1209-1214) King John's interference with the selection of an Archbishop led to his excommunication.

(1217) Unhappy with the way King John was running the country, Stephen Langton the new Archbishop of Canterbury and many barons of England drew up a new charter for the King to sign.

(1258-1267) The Barons rose up against the misrule of the England by the foreign advisers of Henry III.

(1276-1284) Edward I declared war on Wales after Llewelyn ap Gruffydd, the Prince of Wales, revolted against the English king.

Edward I and Scotland

(1286-1306) After the tragic death of the Maid of Norway on the Orkney islands the succession of the Scottish throne was disputed leading to an English invasion of Scotland.

The Late Middle Ages are defined as the period in European history during the 14th and 15th centuries (c. 1301-1500). The period is noted for famine (1315) and the Black Death (1347) which decimated the population of Europe and resulted in peasant revolts. During this time England and France were at war over the right to be the French king. Exploration and learning greatly increased in this period.

(1308-1312) Son of a prominent Gascon knight, Gaveston had a close friendship with Edward II, king of England. Edward's affection towards Gaveston alienated the people who were Edward's real counsellors, the barons.

(1306-1323) Details of the conflicts between the Scottish king and the English King.

Isabella, She-Wolf of France and death of Edward II

(1325-1358) Isabella was the wife of King Edward II and had him murdered. This event set in place the seeds for the Hundred Years War.

(1337-1377) After the three sons of Philip IV of France died without producing an heir, Edward III believed he had a claim to the French throne. This was because he was the son of Philip's daughter Isabella or France.

The war continues with Richard II

(1414-1422) With France in the midst of a civil war Henry V saw the opportunity to reclaim lost lands in France. He gave the French king a list of demands which if not met would lead to war.

Henry VI and Joan of Arc

(1423-1453) Joan of Arc, the sixteen year old daughter of a French farmer, saw visions of a mission to rescue Orléans from the English invaders and to save France.

(1347-1351) Kipchak Mongols besieging a Genoese trading centre on the Crimean coast catapulted their own dead into the city. The dead had been killed by a mysterious disease and the disease spread quickly in the besieged city. Some of the Genoese escaped by sea taking the disease with them.

(1384) At a session of Parliament held this year both John of Gaunt and Thomas of Woodstock argued with Richard about the way in which the country was being run, his finances and the influences of his advisors.

(1423-1453) Owain Glyndwr was a wealthy land owner in north Wales. A dispute over land between Glyndwr and his rival Lord Grey escalated and involved Henry IV, the King of England, who took the side of Grey. Glyndwr and his followers rose up in revolt against the English.

(1455-1487) The battles of the Wars of the Roses took place between 1455 and 1487. The war was fought between supporters of several descendants of Edward III, the King of England from 1327 to 1377. The war was not a constant fight that affected the whole country and its population, but a series of battles spread out over the years between sets of supporters known as the Lancastrians and the Yorkists.

The Early Modern Period is defined as the period in history from the start of the 16th century (1501) up until 1800. This section contains some of the early episodes that occurred in the period.

(1492-1553) The Early Modern Period saw a huge increase in exploration. The Portuguese were experienced sailors and they began to send ships across the oceans.

Henry VIII and his six wives

(1553) When the fifteen-year-old King Edward IV was dying he declared that Lady Jane Grey, a cousin once removed, would be the successor to the English throne. When Edward died Jane briefly became Queen of England.

These pages describe the details of important episodes that took place during the Middle Ages. Each episode includes a list of the key events and details about the people who took part.

Q: What does the term 'Medieval Period' mean?

A: The Medieval Period (or Middle Ages) describe a period in our history.

Q: When was the Medieval Period or the Middle Ages?

A: They began in the 5th century (roughly between 400AD & 500AD) at the fall of the Roman Empire in the West. The Medieval Period lasted until the start of the 16th century (1500AD).

Q: How long did the Medieval Period last?

A: The Medieval Period lasted for around 1,000 years.

The overall Medieval Period is divided into three time periods; the Early Middle Ages, the High Middle Ages and the Late Middle Ages. 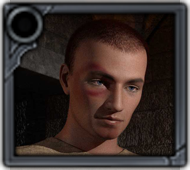 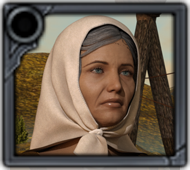 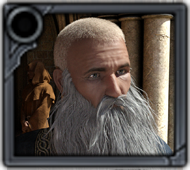 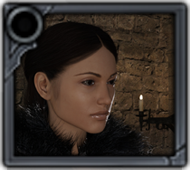 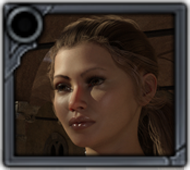