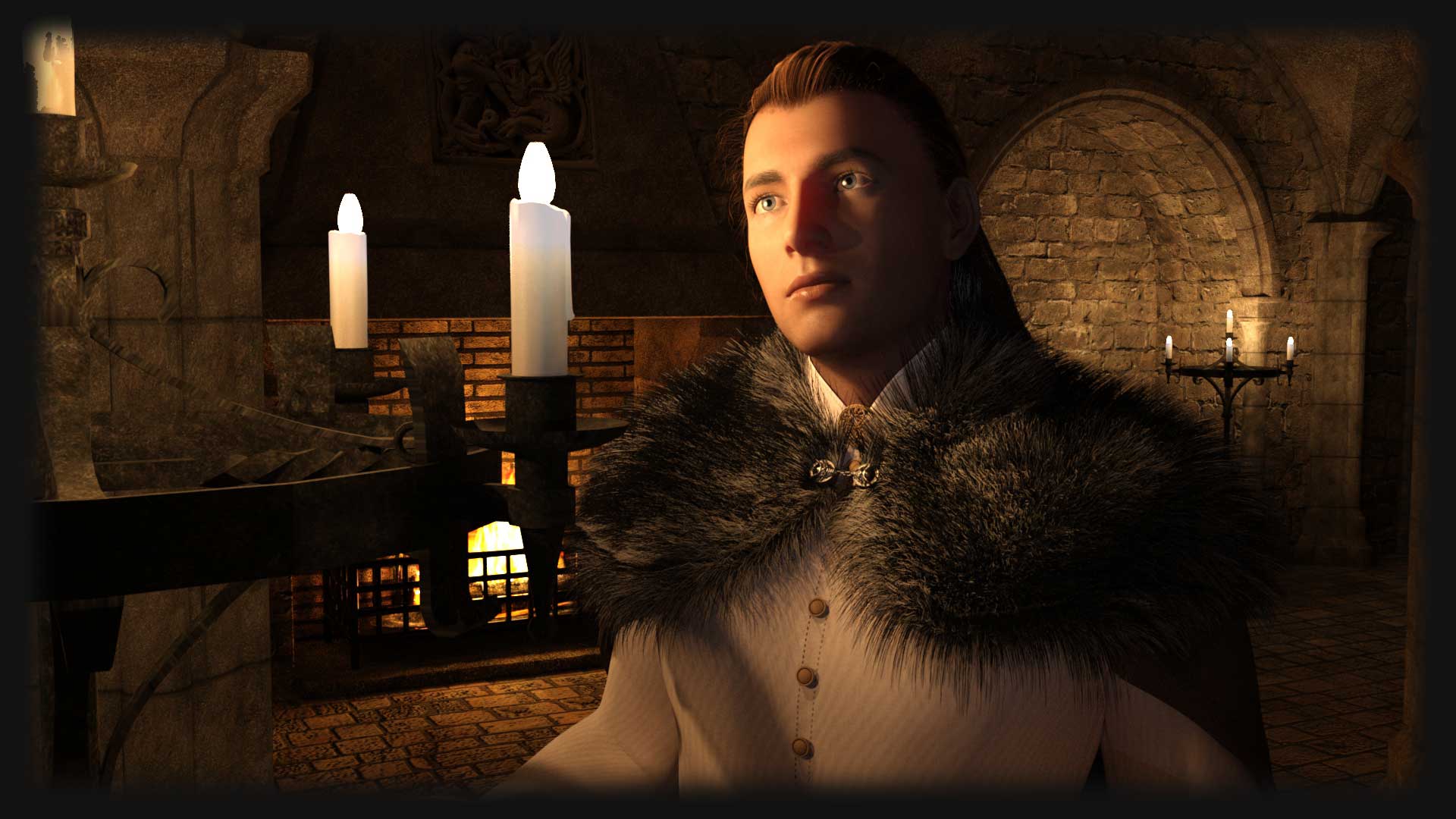 on of a prominent Gascon knight, Gaveston had a close friendship with Edward II, king of England. Edward's affection towards Gaveston alienated the people who were Edward's real counsellors, the barons. Gaveston was captured by the Earl of Warwick, the leader of the king's opposition in June 1312 and executed.

Edward II married Isabella of France, the daughter of King Philippe IV of France. The marriage took place at Boulogne and Edward left Gaveston as Regent in his absence. Edward alienated the Lords by placing Gaveston in such a powerful position.

Parliament angry with the King

The barons appeared at Parliament in April demanding the banishment of Gaveston.

King Edward granted his cousin Thomas Earl of Lancaster and his heirs the title of Stewardship of England. Many barons were opposing the King beacuse of his closness to Gaveston and Edward needed some support. This may have been a way of getting Lancaster on his side.

Parliament was unhappy with Gaveston's actions as Regent while Edward was away. Gaveston's closeness to Edward was also distressing for Edward's new wife as well. Parliament concluded that Edward should remove Gaveston and the knight was given the role of Lieutenant of Ireland in order to remove him from England. Gaveston was threatened with excommunication is he did not leave or if he was to return. Edward accompanied Gaveston to Bristol from where he set sail for Ireland.

In the parliament held in April earlier in the year several demands of reform were put to the King. But Edward said that he would only agree to them if Gaveston were to return from exile. In the April parliament this was rejected, but in a parliament held at Stamford in July agreement was given. Edward had managed to have the threat of excommunication overturned and he managed to get support from some of the barons. The barons hoped that the King and Gaveston had learnt from their mistakes in running the country.

King Edward summonsed a council to meet at York, but several barons refused to attend due to Gaveston's attandance. Since he had returned from exile Gaveston had returned to his old ways trying to alienate the barons from the King.

Edward II granted the castle and town of Knaresborough to Pier Gaveston around this time and spent money on the castle to provide his favourite with a palace to live in.

Supported by Earls of Gloucester, Warwick and Cornwall, Edward took an army into Scotland. Edward directed the assaults from Berwick. The campaign was fruitless even though Gaveston managed to reach as far north as Perth.

The rise of Thomas Earl of Lancaster

While Edward II was in Scotland, his Regent, the Earl of Lincoln died. and was replaced by his son-in-law Thomas, Earl of Lancaster. Lancaster became the Earl of Lincoln and Salisbury, but already held the titles of Earl of Leicester and Derby. Holding so many titles, made Lancaster the most powerful Baron of the time. His hatred of Gaveston was to become a major problem for the king.

Edward II left Scotland and returned to England to attend a session of Parliament. Gaveston was left behind at Bamburgh Castle where he was relatively safe from the Lords Ordainers.

The Ordinances were publicly proclaimed at Paul's Cross. In addition, Gaveston was ordered to leave the country by the 1st of November and to be stripped of his titles.

Gaveston left the country a few days later than he should have done, but even then he didn't go far. By Christmas he had returned to Edward's side and made public appearances with the King. Edward also gave Gaveston his title of Earl of Cornwall back to him.

Edward and Gaveston at Windsor

Gaveston appeared openly at Windsor where the King celebrated Christmas.

Edward looks to Scotland for help

Gaveston's return to England forced the Archbishop of Canterbury to honour his threat of excommunication and the Earls to prepare for civil war against the king. Edward and Gaveston travelled to Scotland to seek help from Robert the Bruce but were not welcome.

Edward and Gaveston were at Newcastle when they were alerted to the news that the Earl of Lancaster was heading for them. They escaped down river toTynemouth where the King and Gaveston took a boat to Scarborough leaving behind them everything and everybody including Isabella, Edward's wife. Gaveston took refuge at Scarborough Castle and Edward went to York.

While the Earl of Lancaster set up camp midway between York and Scarborough to prevent Gaveston and the King rejoining, the Earls of Pembroke and Surrey besieged Scarborough castle. The castle was not prepared to withstand the stand-off and Gaveston surrendered after a couple of weeks. The terms of his surrender were generous and Pembroke gave his word that Gaveston would not be harmed until he was presented to Parliament.

The Earl of Pembroke with his captive Gaveston, stopped at Deddington for the night. Pembroke left Gaveston to attend to other matters. The Earl of Warwick took advantage of Pembroke's absence and took Gaveston from his bed. They went to Warwick Castle and Gaveston was thrown in the dungeon. The four Earls, Lancaster, Warwick, Arundel and Hereford took the decision that Gaveston should be punished and took him to Blacklow Hill where he was executed. As Gaveston was under excommunication, the body was not buried straight away.

Edward had delayed having the body of Gaveston buried until he had taken revenge for the murder, but because the King was powerless to act against the Ordainers, he decided to hold a lavish ceremony to bury his dead friend.