thelstan, son of Edward the Elder, was the first true King of the English. His mother was thought to have been the daughter of a shepherd who in a dream saw a light coming from her that illuminated all of England. Hearing of the dream Edward's nurse adopted the girl. Athelstan was chosen to be king after the death of his father Edward the Elder in July 924. Athelstan was raised by Edward's sister Aethelflaed, Lady of Mercia. It was this connection with Mercia that led to the Mercians choosing him King of Mercia when Edward died. It took a little longer before the West Saxons agreed as there was a dispute over the succession. During his reign Athelstan received embassies from foreign princes, was given many rich presents and gave many back in return. It was alleged that he murdered his brother Edwin. The story went that the King suspected his brother Edwin of plotting against him and to deprive him of the crown. So Edwin was put on a leaky ship with his armour bearer and page. Edwin drowned himself rather than starve. Some time later a cup barer who had been Edwin's accuser, tripped with one foot but saved himself with the other, saying 'how brothers afford each other's help'. On hearing this Athelstan had the matter reinvestigated. It then seems that Edwin was falsely accused and the cup barer was put to death. Athelsta built the monasteries of Middleton and Michelness to atone for his mistake. The truth behind this story is in question. Before his death Edwin undertook the construction of many buildings. Many churches were repaired that had suffered during the ravages of the Danes, including York and Beverley. 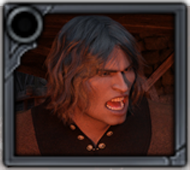 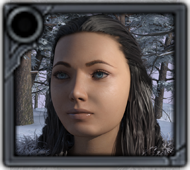 Aethelstan became King of Wessex and Mercia. His coronation took place at Kingston-upon-Thames. At this point Aethelstan was not king of all England. He had to wait until 927 to become overlord of the other regional rulers.

With the death of Sihtric, the Danish leader in the North of England, Athelstan was able to then drive out the Dane's sons. This left Athelstan the master of Northumbria. His attacks on the Welsh and the submission of Constantine the King of Scotland and Owen the King of Cumberland led to him becoming overlord.

When Sihtric died he left an heir Olaf. The king of the Norse in Dublin arrived to assist Olaf but Athelstan was ready for any trouble that they could do and defeated them. York was seized and its fortifications destroyed.

Accused of conspiring against his own family Edwin, Aethelstan's own brother, is put on a ship without sail or rudder to drift. Edwin throws himself into the sea to avoid the horrors of starvation. Edwin's accuser it later found to invented the crime and is put to death. The whole story could be a fabrication and comes from the works by William of Malmesbury.

Athelstan put together a large army and invaded Scotland destroying it as he advanced north.

The Dane Olaf Guthfrithson or Anlaff (possibly Sihtric's son), Owen of Cumberland and Constantine, King of the Scots sailed into the Humber to invade Northumbria. Athelstan's speed at raising his army that marched north put paid to any plans of invasion and a fierce battle occurred (Brunanburgh near Beverley ?) in which many Danish kings and earls were killed. Olaf Guthfrithson fled to Ireland. Edmund, Athelstan's younger half-brother also took part in the battle.

Edmund, the half-brother of Athelstan, became King of England at the age of 18. His coronation was held on November 29th at Kingson-upon-Thames.