ames was the king of Scotland from 1460 to 1488. The son of King James II and his wife Mary of Guelders and was born in around 1452 although the exact date is not known. James was only eight years old when his father, the king, was accidently killed at the siege of Roxburgh Castle when a large cannon, known as 'The Lion' exploded near him. As the young king was not old enough to rule his mother acted as regent. But this did not last long as Mary died in 1463. After the death of Mary, the regency was governed by James Kennedy, Bishop of St Andrews, who managed to mantain peace in Scotland. After the Bishop's death, the regency fell to the Boyd family. Lord Boyd, the head of the family, controlled the king, while his son Thomas was made Earl of Arran and married the king's sister Princess Mary. During the Boyd regency, a marriage arrangement was agreed between King James and Margaret of Norway, the daughter of the Christian, the King of Denmark. The normal dowry, expected to be paid by the bride's father, could not be paid, so in exchange, Christian offered Orkney and the Shetland Islands until he could afford the dowry. But as the dowry was never paid, the islands became the property of Scotland. At the age of thirteen, Margaret of Denmark was married to King James at Holyrood Abbey on 13th July 1469. The end of the Boyd regency came when they were away from Scotland and their enemies conspired against them. 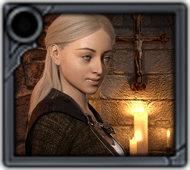 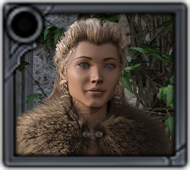 James III was crowned King of Scotland at Kelso Abbey.

The islands of Orkney were pledged to James III of Scotland in part payment of the dowry for the marriage of James to the daughter of King Christian I of Norway.

Marriage of James III and Margaret of Denmark

James III of Scotland married Margaret of Denmark. Margaret's father was unable to pay the dowry for his daughter so offered Orkney and the Shetland Islands instead until he could raise the money. They were married at Holyrood Abbey.

Marriage agreement between England and Scotland

King James III of Scotland agreed that his new born son, James, should marry Edward IV's daughter Cecily. Cecily was only four and the agreement stated that the marriage should wait until both were old enough. Also, if either died before that time, a substitute would be found. This agreement brought peace between Scotland and England until October 1519.

In Scotland, the treaty signed by the Northern Earls and King Edward IV of England in 1462 was uncovered. King James summoned Earl Ross to appear before Parliament but he failed to attend and was declared a traitor. In 1476 Earl Ross appeared before the King and repented and iIn return was treated with clemency and his lands restored. But the Earldom of Ross was returned to the Crown.

Death of James III of Scotland

James III king of Scotland was killed at or shortly after the battle of Sauchieburn. Several of his nobles had risen up against the king and James was forced to fight. The king's army was defeated. James fled the battle field but was killed or even murdered shortly afterwards.