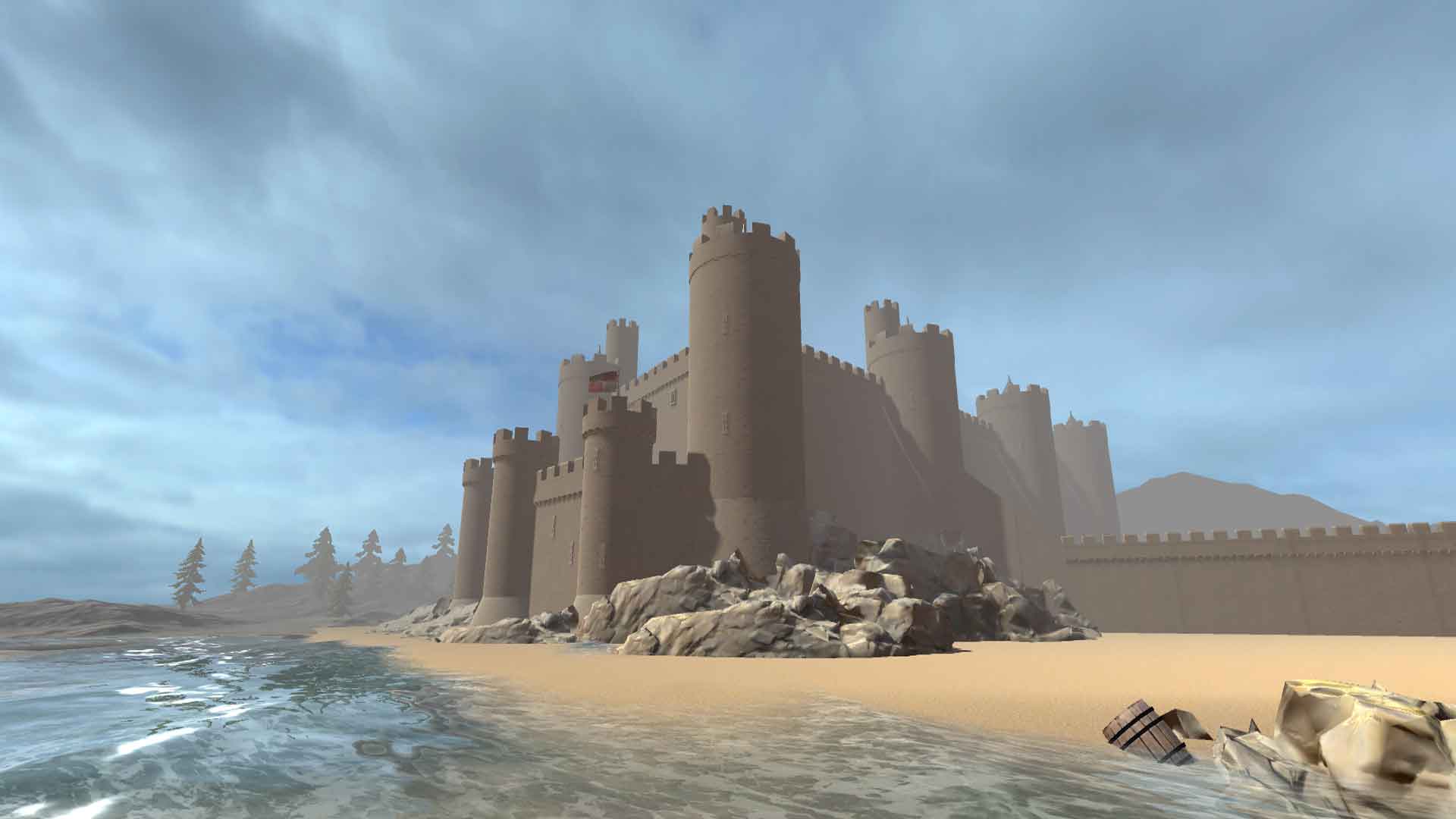 onwy Castle was built by Edward I as part of his mission to subdue the Welsh in the north of Wales. The castle was designed by Edward's master castle builder, James of St. George and it consists of eight drum towers with thick walls in between and is oblong in shape. The village that was built beside it was fortified by a strong wall with 21 towers and 3 gates. Building work started in 1283 and the castle was mostly complete within five years. James of St. George built concentric castles where he could but Conwy Castle is built on an outcrop of rock which did not allow this type of design and the walls follow its contours.

The castle consists of eight large round towers with connecting walls, a large hall, an outer and an inner ward. The entrance to the castle is on the western side, but not through a gatehouse as one was not needed because the town itself was defended. The orginal outer gateway has been destroyed but would have had a drawbridge. The inner ward is rectangular and has four towers at its corners. These would have been used by important visitors. To the east of the inner ward is a barbican with a small exit.

Bad weatther and unusually high tides prevented Edward advancing against the rebels and after spending Christmas at Conwy Castle Edward's attempts to defeat the Welsh were further hampered by losses of supplies to the Welsh. The king held his position at Conwy Castle waiting for improved weather and to receive supplies by sea.

Supplies reached Edward at Conwy castle and he was able to march against the Welsh. By April had occupied Anglesey.

Richard returned to England landing in Wales. Richard was captured at Conwy Castle and was moved to Pontefract Castle where he was imprisoned.