tokesay Castle is a Welsh border fortified manor house has survived very much unaltered since it was built at the end of the thirteenth century. It consists of a large hall, a three-storey tower, private apartments, a seventeenth century gatehouse and a curtain wall. The majority of the existing manor house was built by a wool trader Lawrence of Ludlow from 1281 onwards. In 1291 Lawrence obtained a licence to crenelate which meant that he could build a stone tower with battlements. This construction probably happened just after Edward I had defeated Llywelyn and the resulting peace allowed Lawrence to built his manor without fear of attack.

View this page on a desktop computer to explore a virtual Stokesay Castle. 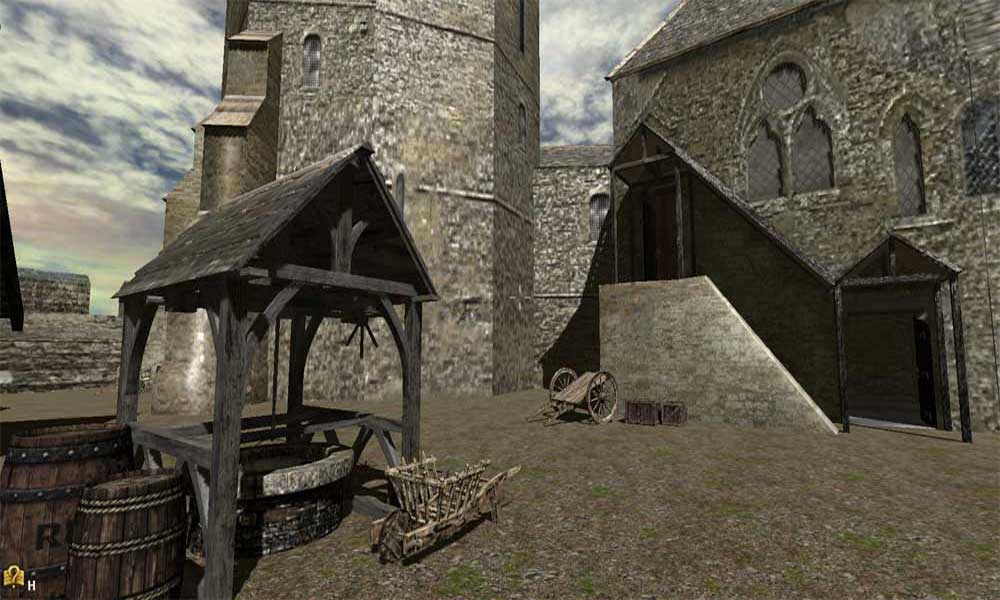 Stokesay Castle is an excellent example of a fortified manor house. It has remained largely unchanged since the time it was built in the thirteenth century by Lawrence of Ludlow. Lawrence was a wealthywool trader who built a new hall and tower on the site of an existing fortification. Explore the hall and solar block that he created.

Please make sure that you are using Chrome, Firefox or Microsoft Edge for Windows 10 (tested on version 25.10586.0.0) explore a virtual Stokesay Castle.

Licence to crenelate at Stokesay

Edward I granted Lawrence of Ludlow a licence to fortify his manor house at Stokesay.